Welcome!
Close
Would you like to make this site your homepage? It's fast and easy...
Yes, Please make this my home page!
No Thanks
Don't show this to me again.
Close

My name is Dr. Eleanor Pam and I am pleased to be invited to write this introductory section for the first official Pamela Smart Web site. It is my hope that the public will grow to believe, as I do, in her innocence and eventually know her as a uniquely gifted and special person--not the stereotypical monster created by the media.

Pamela Smart has consistently denied any role in her husband's murder and, unlike the admitted killers, refused to plea bargain in exchange for her freedom. She would not, will not, and cannot admit to acts she did not commit, the dilemma of all innocent people. Guilty people usually try to make the best deal for themselves, as happened in this case. Two are already free and the other two--the boys who did the actual killing and confessed to it--will be out in a few years. All will be able to reclaim their lives. But Pam, who was not even there and denies all involvement, is sentenced to spend the rest of her natural life in prison. What's wrong with this picture?

I met Pamela Smart in 1993 during the first year of her incarceration at Bedford Hills Correctional Facility. Since then, I have visited her regularly and frequently. This relationship includes close personal contact with her family as well. In addition, I served as her Academic Mentor while she earned two Masters Degrees, each time with perfect grades, graduating Summa Cum Laude and as a Valedictorian. It seemed extraordinary that a person serving the draconian sentence of a lifetime imprisonment without the possibility of parole had the will and character to academically achieve at this level in order to help other inmates further their education and improve the quality of their lives.

At this point the reader might be wondering why my perceptions about Pamela Smart should merit consideration--especially since my views seem to fly in the face of popular belief. It's a fair question.

Some background then: I have been a professor at the City University of New York for 34 years with a special and ongoing interest in areas involving women and violence--and especially incarcerated women. In addition, I served, for eight years, as a Member of Rudolph Giuliani's Mayoral Commission to Combat Family Violence, participated in FBI think tanks about intimate violence and the police, founded and directed the Domestic Violence Research Center at John Jay College of Criminal Justice, and worked in its Inmate Education Program.

Over the years, I have met many incarcerated females who I believe are guilty of their crimes and deserve the sentences they receive. Pam Smart is not one of them.

Why do I believe that? There are multiple factual and compelling reasons, but in the end it also comes down to character. Through long and direct observation, I know Pam as a real person--someone who saves lives, not someone who could take life; as an impoverished inmate who gives away or shares her meager worldly goods, not as a materialist who covets possessions and money. I know her as a compassionate and humane woman who finds it unbearable to hurt anyone's feelings, much less cause anyone bodily harm.

There were many perceived irregularities in Pam Smart's trial which resulted in her conviction and included among other things, juror misconduct, improper ex part communications, defendants who watched each other testify on television prior to giving their own testimony, and a transcript of a wire worn by a key prosecution witness which was never authenticated. An independent lab report later noted a number of "anomalies" in the tape "which cast serious doubt on the authenticity of the original recordings." This, together with the self-serving testimony of the boys who did the actual killing and who plea bargained their way to lighter sentences by fingering Ms. Smart as the instigator in the murder, comprised the entirety of the case against Ms. Smart.

There are some promising leads which are currently being developed and pursued, despite the lack of an attorney or adequate resources and means. Pamela prays that people will be moved by her plight to help in whatever way they can. She needs a lawyer, funds or information that could assist her in her efforts towards exoneration.

This web site is a first step in establishing communication with a compassionate and enlightened public which could make those things happen.

Pam Smart at her Commencement, June 2003 for her Masters in Literature from Mercy College 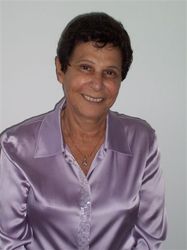 This web site is written, designed, generated and disseminated by friends and supporters of       Pamela Smart only.
Not by Pamela Smart herself.